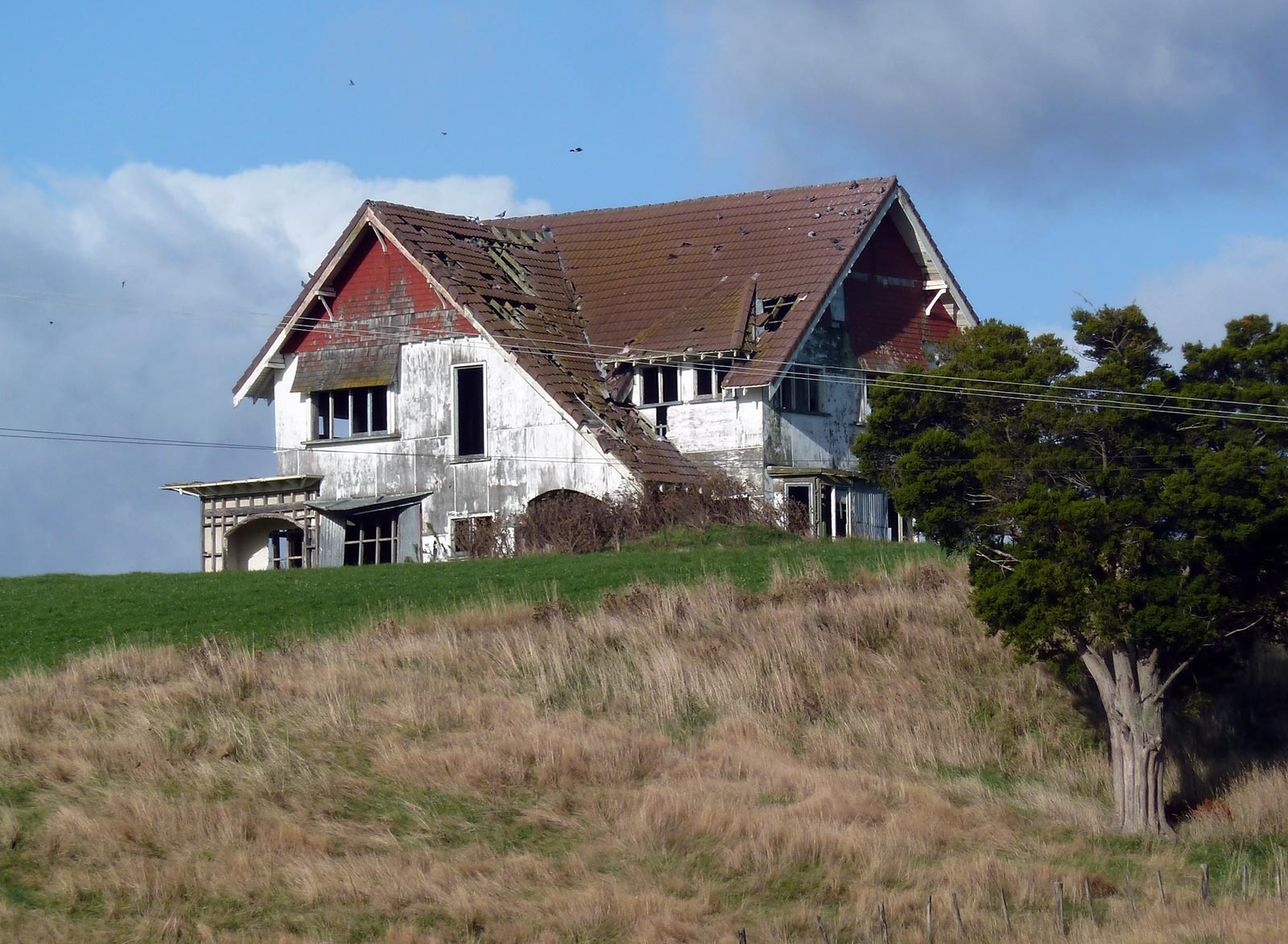 Perhaps the most intriguing and certainly the most frequently photographed building in Wairarapa is a derelict mansion that sits atop a prominent ridge in Ahiaruhe Road.

With its distinctly desolate feel, the abandoned homestead has all the requisites to become a local legend. Many are sure that it has a tragic history and insist that it is haunted. The reality is slightly more prosaic.

He was not to work in the house for long, as he died in October 1929. The house was subsequently owned by two more doctors, both of whom used the building as a surgery and residence, until 1972. In 1984 it became the legal offices of Fitzherbert Abraham & Co, before being moved to Ahiaruhe in 1986 by a local farmer.

The building was shifted in two pieces, and it took some time before the second storey was added to the ground floor. Before it could be completed, however, family difficulties led to the project being abandoned, and the house now sits alone and forlorn on the top of a ridge, overlooking the Wairarapa plain and the Tararua Ranges, and open to the weather from all directions.